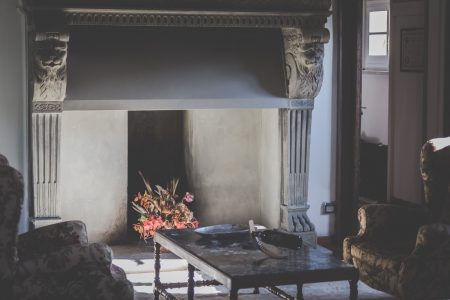 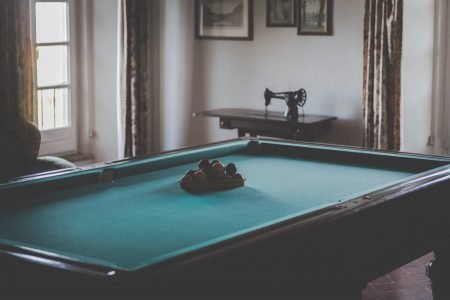 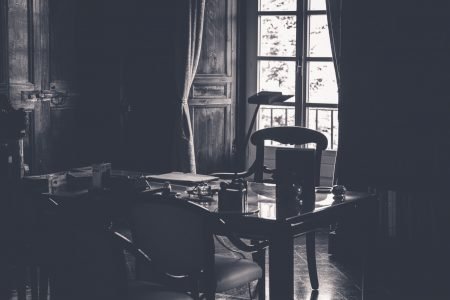 The property is located in the Oltrepò Pavese, in the municipality of Casteggio, along the road to Montalto Pavese. The place is charming: the estate rises 257 metres above sea level in a dominant position and is surrounded by vineyards and secolar trees

The only variation was the annexation of the Oltrepò, along with the Piacentino, to the kingdom of Sardinia in 1743, following the Treaty of Worms, which established the appointment to Carlo Emanuele III of Savoy, as a reward of aid provided to Austria in the war against the French Bourbons. In 1814, when French rule ended, the Oltrepò returned to the Savoy until the unification of Italy in 1861.

Even today there is testimony of the annexation to Piedmont: in fact the entire Oltrepò is still dependant on the Diocese of Tortona, a Piedmont town, while territorially it belongs to the province of Pavia, which is in Lombardy.

The Almo Collegio Borromeo in Pavia bought the estate, returned under the jurisdiction of Casteggio and Calvignano, from the noble Crispino Vitali in 1698, in exchange for the property of Santa Maria della Scala, located in Siccomario Pavese. The barter was motivated by the desire to sell a property located on a plain and subject to frequent floods, wars and passing soldiers resulting in damage to crops, but also by the need to get hold of land in the hills, suitable for cultivation of vines, so as to produce enough wine to meet the needs of the Collegio, boarders and staff.

The estate had a difficult time in the late 1700s and early 1800s: it was sacked by Napoleon’s troops, after the French victories in Casteggio and Montebello: many crops suffered considerable damage for years. It was also confiscated as an asset of ecclesiastical origin, but Count Gilberto Borromeo Arese was able to show that the estate was a property belonging to his private assets and not to the Collegio Borromeo and the confiscation decree was therefore cancelled. Many estates nearby, such as the farm of Castel del Lupo, belonged to the monastery of Santa Maria delle Cacce of Pavia until the 1500s and still exists today as a farm, were sold as assets of ecclesiastical origin and transferred to the property of the state, according to a law promulgated by Napoleon, codified in the Proceedings of the Concordat between Church and State in 1805. 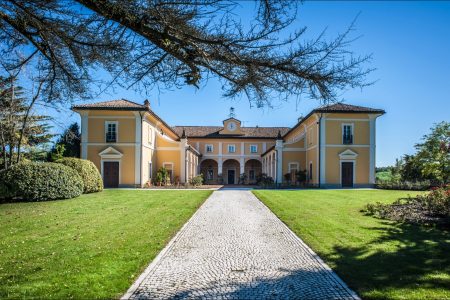 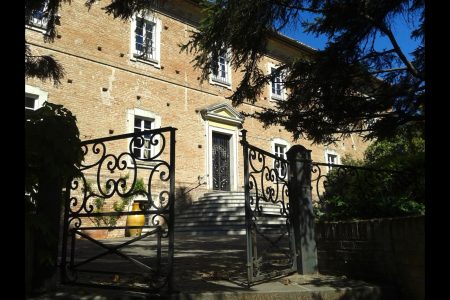 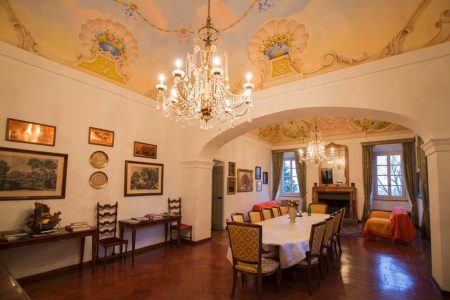 The Villa was built between 1703 and 1718 by the Almo Collegio Borromeo of Pavia, which allocated it to the summer residence of the boarders and kept it in uninterrupted possession until 1967. The Villa included a park with ancient trees and a chapel in a wing of the building, with an independent entrance open to the garden.

From a description of 1879, we know that the villa included the manor house, but it was also the heart of the farm: in addition to the rooms of the property, in fact, there were accommodation for the factor of the Borromeo college, the cellars, the tinaia, the press, the premises for the breeding of silkworms and barns, which probably occupied the wing to the east of the first floor above the portico, where today we see a succession of small windows.

The various activities took place under the direct control of the property: the link between agricultural activity and residential function was very strong. Today, however, despite the centrality of wine production, the Villa has the characteristics of refined elegance, typical of a noble residence. In 1967, the new owners started a general restoration work. The architect Carlo Emilio Aschieri directed the works, bringing the Villa back to its former glory.

The current owners, in 1993, rationalized the accesses, creating a second entrance to the gardens, through the construction of a stone steps and have allocated a large area for parking use: adjustments necessary to equip a private structure in order to respond to functional needs of the present.

At the same time, the Italian gardens were reorganized, enriched with ornamental plants and the floors were completely redone outside, in terracotta in the courtyard of access to the Villa and, in stone, in the walkways of the garden. The Villa has been the object of constant maintenance of the exterior, roofing and interiors have been re-furbished with a taste that is both safe and elegant.

Palazzo pegazzera, previously called Almo Collegio Borromeo in Pavia, is an ancient historic mansion dating back to the eighteenth century in a fascinating location, surrounded by the green and the innermost nature

Palazzo Pegazzera is enclosed by a fascinating natural landscape full of history and it is the ideal setting where suggestive ceremonies, private parties, corporate meetings, runway shows, and exhibitions can take place. The park is surrounded by wonderful vineyards and has right inside a stunning garden full of roses and a fountain full of water lilies; here the ideal location for your events in the open air. Its rear façade is pointed towards a terrace in shadow, over the vineyards and surrounded by tall trees. This surrounded place inspires a private, intimate use in contrast with the great magnificence of the main courtyard straight to its spectacular gardens.

At the rear of the park there is a wonderful infinity pool with an outstanding view on the plain and the hills of Oltrepò Pavese. This extraordinary park, together with its amazing blooming and blossoming, enhances the beauty of this villa in spring and summer. The internal halls are very elegant, smart, and enriched by large fireplaces making the mansion ideal for winter events, too.

A chapel is attached to the villa: it was built in the early decades of the 1700s and is dedicated to San Carlo, founder of the Collegio Borromeo in Pavia in 1561.

The building is double-height: it occupies the right wing of the building and has a separate entrance, facing the lawn.

Originally it probably carried out the function of the small church open to the settlers of various farmhouses: we read in the book published by the Board in 1992 that San Carlo Borromeo, Cardinal Federigo and their successors had built oratories in the various estates, because there was a lot of concern for the liturgical and sacramental life of the settlers. The oratories of San Re, Comairano, Lake Porzi and Pegazzera, are cited as still existing and are considered worthy of artistic interest.

The floor plan of the chapel is rectangular: inside, however, the perceived spaces are two, one for celebrations and the other for the faithful, and both are covered by cross vaults. The vertical elements, the semi-capitals, the arches and cornices, which remotely frame the windows, are plastered in grey, while the walls and vaults are light-coloured and, in the past, were covered with frescoes, which have not survived to this day.

The decorative role and sacred environment is entrusted to an ancient painting of fine workmanship, with a festive frame stucco, representing the Madonna with angels. The sides of the Baroque altar are two walled doors, which allowed access to the chapel inside the villa, with jambs and cornices made of beautiful polychrome marble.

Near the entrance on the right and left two coats of arms in the sacred character of purple are hung, while the right side of the altar there is the emblem of the sacred San Carlo with hat, cords and tassels, the three section cross and the ‘PAX’ script. To the left of a coat of arms appears in secular nature, belonging to a member of the Borromeo family.