The villa was built from 1703 to 1718 by the Almo Collegio Borromeo of Pavia, which turned it into a summer residence for its boarders and was held in their possession, without interruption, until 1967.

The villa included a park with old trees and a chapel, in a wing of the building, with a separate entrance, open onto the garden.

From a description from 1879, we know that the villa included the main house, but it was also the heart of the farm: in addition to the rooms of the property, there was also accommodation for the farmer of the Collegio Borromeo present, wineries, the wine cellar, the press, the premises for the breeding of silkworms and barns, they occupied, probably, the east wing of the first floor, above the porch, where today we see a series of small windows. Various activities took place under the direct control of the property: the link between farming and residential function was very strong.

Today, however, despite the centrality of wine production, the villa has the characteristics of refined elegance, typical of a noble residence. In 1967, the new owners began a general restoration. The architect Carlo Emilio Aschieri, who brought the house to its former glory, directed the work.

In 1993 the current owners streamlined access, creating a second entrance to the gardens, through the construction of a stone stairway and designated a vast area as a wide parking lot: adjustments needed to equip a private facility to meet the needs of its present functionality.

At the same time the Italian gardens were reordered, enriched with ornamental plants and the floors outside completely redone, in cotto tiles in the courtyard to the villa and stone walkways in the garden.

The villa has been subject to constant maintenance of the exterior and the interior, which have been refitted with good taste and elegance. 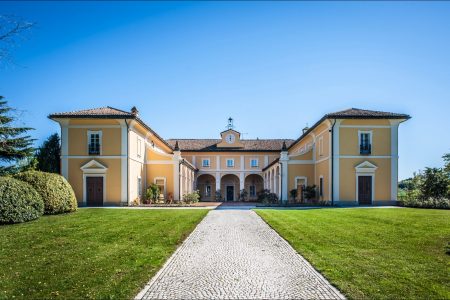 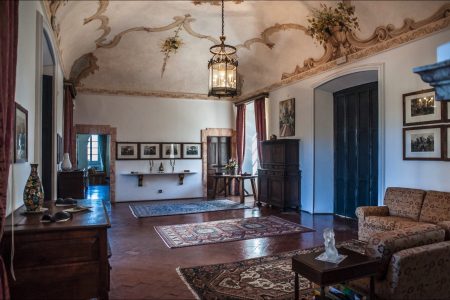 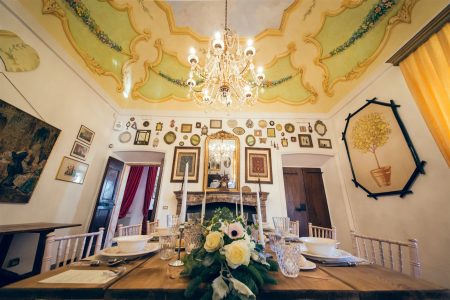 In 1967 the new owners ceded much of the land, but they continued to produce wine.

The current owners, since 1986, have carried out a work of constant renewal of the vineyards and a careful technological adaptation as part of the winery.

The tradition continues: the characteristics of the clay limestone soil, the presence of the bluish marl with a wealth of spring waters, the sunny and sheltered exposure of the vineyards, allows the production of a genuine nectar, appreciated as much today as in the past. 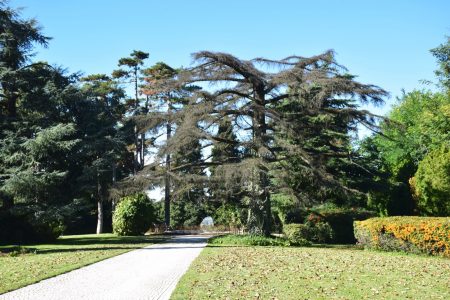 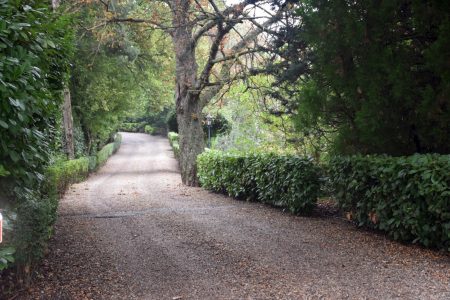